'Frosted' and 'snowball' are terms to describe an incorrectly coloured kit that suffers from white discolouration. 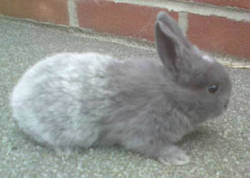 Here is a photograph of a 'frosted' blue self as you can see his hind quarters are heavily frosted.
We are informed that this rabbit lost all his frosting with his infant coat.
Below you will see an example of a clear fawn and a frosted fawn. 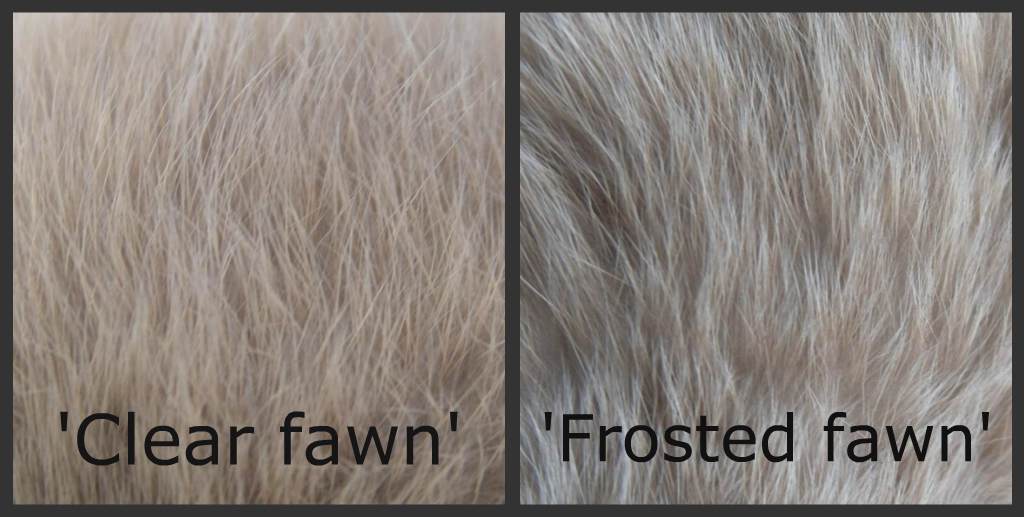 You will see that the frosted has an abundance of white hairs.
One myth we can crush is 'frosted kits end up with the best colour', in our experience it depends very much on what quality of colour the kit has inherited from it's parents.
It is not yet understood why these rabbits are 'frosted'. However we have observed it is most common in dilute (blue) based rabbits, closely followed by chocolate/ brown varieties and non extension rabbits. Frosting is more commonly found on the ears and noses, as per this blue self buck below. 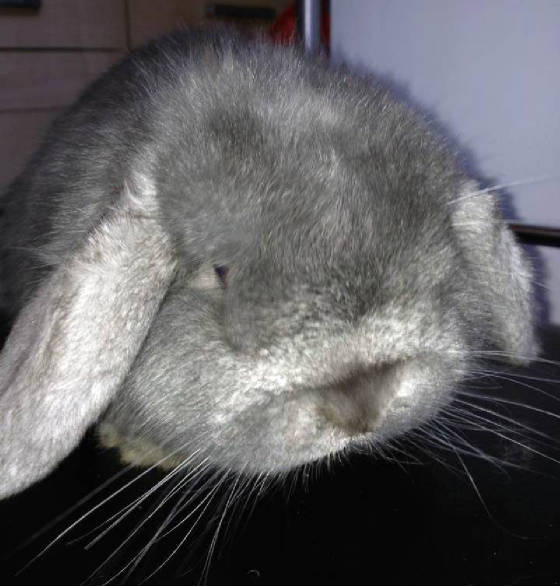 Frosting is common in kits, minimal frosting is normally moulted out and the intermediate coat is unaffected. However some kits will keep their frosting forever.

A snow ball kit is slightly different; as a baby has very little depth of colour having a nearly entirely white coat with exception of the very tips of the coat. This almost always moults out. Snowballing is sometimes also accompanied by frosting. Below you find an example of a 'snowball' opal pole kit. 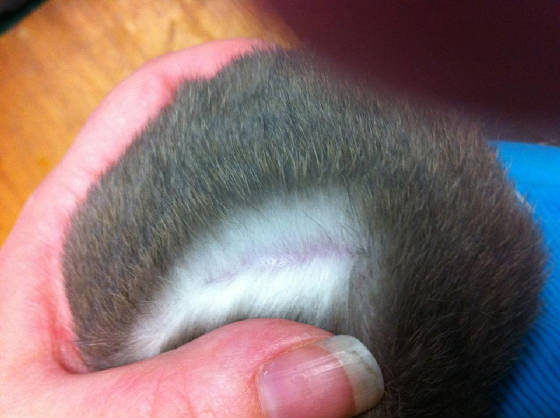 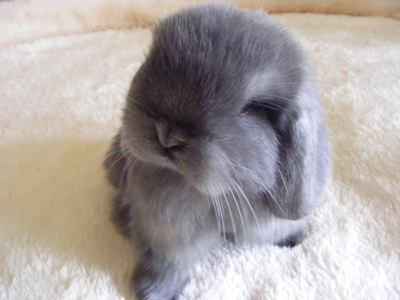 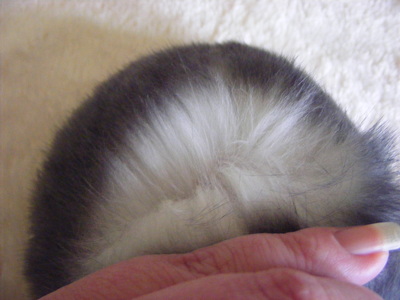 Example of a blue self snowball. They will appear pasty from a distance. On further inspection it is because they lack of depth of colour. 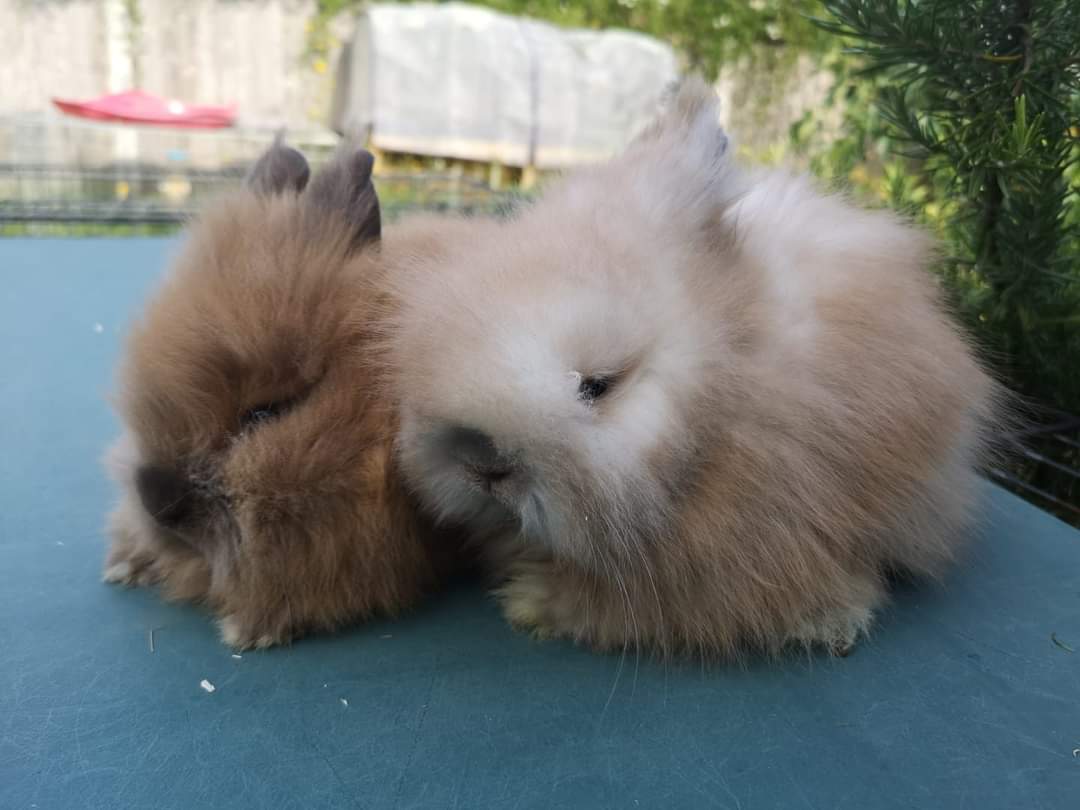 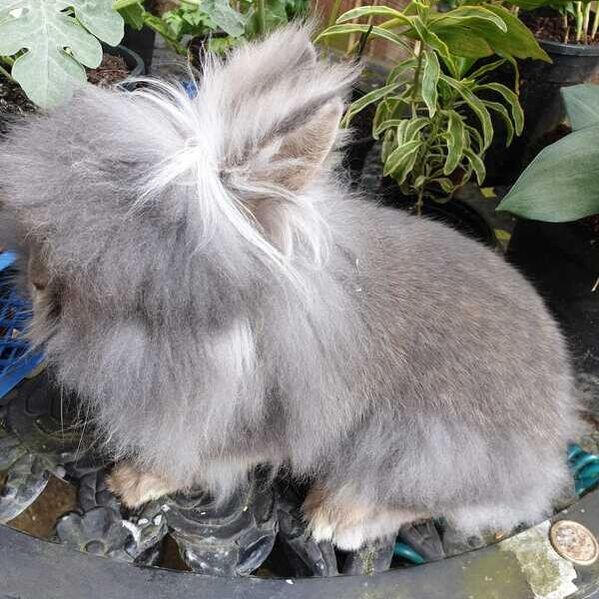 This opal lionhead doe was bred here at Barrowbunnies. As a baby she was very snowballed. Fortunately as you can see the coat colour developed nicely.
Photographs courtesy of
Leah, John and Pauline from Osirius Stud
Lauren Spence at Stonehaven Rabbits
Happyvalley Lops
Ruth Collins at Bedazzle Stud