Sable, smoke and the points explained.

Light chinchillation 'cchl', commonly referred to as the sable gene, is the all important gene in creating some of the popular and highly sought after pretty colours, such as, sable, smoke, seal point and blue point.
The sable gene when sequenced correctly is the difference between a black rabbit and a sable rabbit. A sable based rabbit will typically have a ruby glow to their eye, this could range from vivid through to in rare cases none.
Sable 'cchl' is a gene that sits on the C Locus along with chin, himi and albino (rew).
The order of dominance, with very simple explanation, is as follows

The sable gene is incompletely dominant, meaning shadings are influenced by what accompanies sable or what is carried.
For example a siamese sable with two doses of the sable gene aaBB'cchl, cchl'DDEE (homozygous sable) is noticeably darker and thus called dark sable. To the inexperienced breeder, dark sables can be mistaken for black selfs or 'dodgey blacks', similar in appearance to a sun bleached or dead coated black. In the nest sables are sometimes described as having a silver sheen. Dark sables are identified by having a ruby glow to the eyes and dark sepia under colour to coat. Black however has a slate grey under colour and brown or blue eyes.

However when sable is accompanied by albino 'c' (aaBBcchlcDDEE), the rabbits shading are lighter, these are called medium or light sables.
Another gene that can affect sable is the himi gene 'ch'. When paired with sable it can result in medium or dark sable but not light (aaBBcchlchDDEE).

According to the BRC website a DARK smoke is unstandardised aaBBcchlcchlddEE. This is where the albino (red eyed white) gene is important as it shades the sable correctly, making a dark smoke into a medium or light smoke aaBBcchlcddEE which is showable.

Here are some examples of a dark smokes (aa/ataBBcchlcchlddEE), smoke pearl doe. Unshowable/ unstandardised colour.
Some dark smokes can be so dark and/or subtly shaded that they can be mistaken for blue selves. 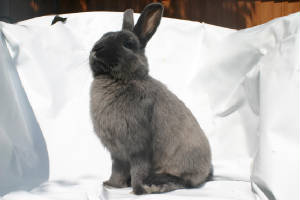 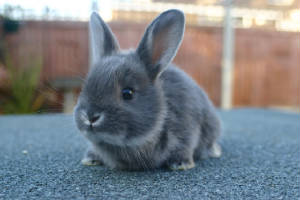 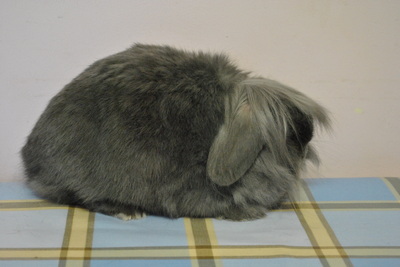 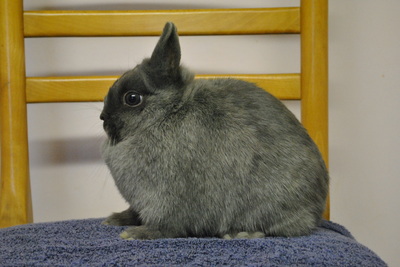 People can find working with sable frustrating as it also goes hand in hand with albino. Albino must in most instances accompany the sable gene in order to give the correct or desired shade. Correctly shaded seal points, blue points, siamese and marten smokes must all carry albino (rew).

Here are some examples of correctly shaded smokes (aaBBcchlcddEE), these rabbit will have one sable and one albino gene. 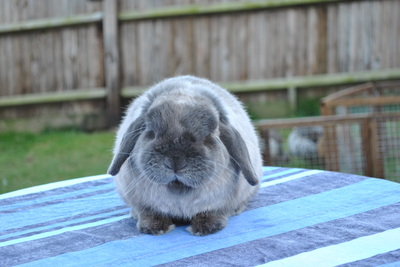 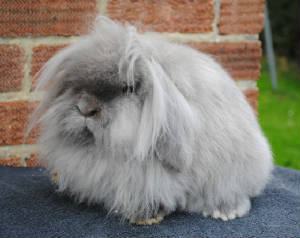 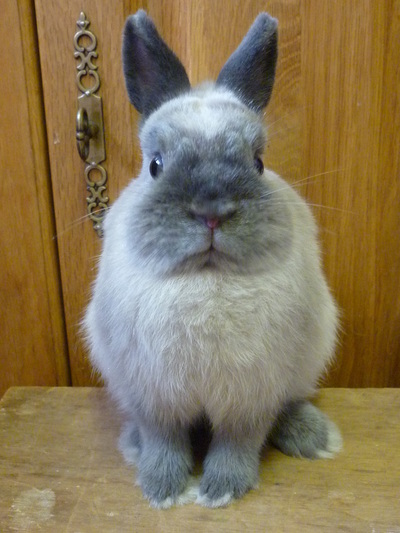 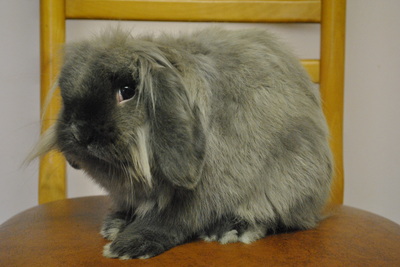 Breeders often complain they get high percentages of red eyed whites in their litters, when the desired outcome is a sable based rabbit. However rew rabbits that have come from matings such as these are very valueable.
For example:
A seal point x seal point mating will throw a few different colours, seal point aaBBcchlcDDee, rew aaBBccDDee and dark seal point aaBBcchlcchlDDee. So from this you can see that there is only a 1/3 chance of getting the desired colour (seal point). You will see these possible outcomes below.
A rew from a mating such as above can prove really valuable if used correctly. Instead of persisting with seal point x seal point matings or similar and producing rews or double sable unstandardised colours, why not retain a double sable rabbit and a rew?
The resulting litter from a dark seal point and a rew (bred from seal points) will be 100% seal points!

Smokes and blue points are another that this will apply too as dark smokes and dark blue points are also unstandardised.
There are a few rules that it is best to stick to when breeding sables. Firstly, never mix CHOCOLATE or AGOUTI with your sables, as it will eventually end up throwing you very pretty but unstandarised colours, such as...... 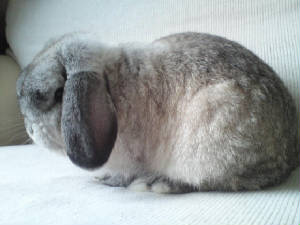 Sable agoutis (AABBcchlDEE), which look can look like a weird brown/black chinchilla or dirty or sepia chins. It is described by the BRC as:

Frostie points can also be a undesired out come when mixing sable and agouti (ABcchlDee).

We hope that you have found this information useful. If you have any queries please do not hesitate to contact us.

Thank you to all whom have provided illustrative photographs. We are still seeking photographs of frostie point, dark blue point and iron grey rabbits.